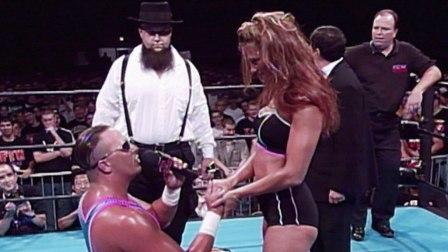 Working as Miss Congeniality, Lita would find herself in Extreme Championship Wrestling for a little while and played the role of Danny Doring’s girlfriend. However, Lita did not spend a great deal of time in ECW.

Despite the short stay in ECW, Lita would capture attention and was introduced to at least a certain part of the American wrestling audience, as ECW would play a role in launching Lita’s career.