10 Things The WWE Wants You To Forget About Dean Ambrose 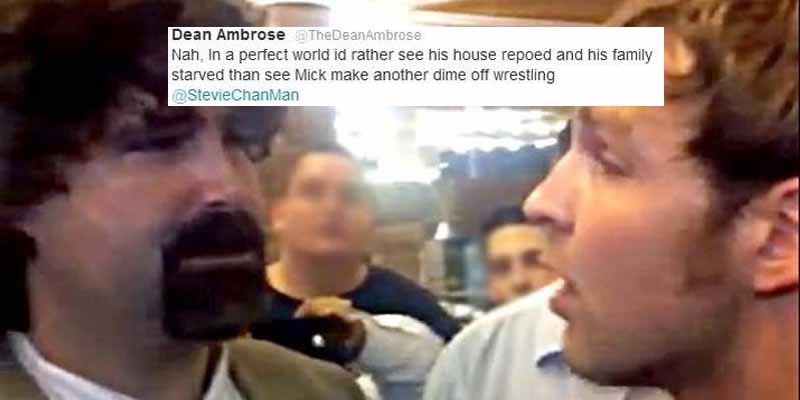 His debut with the The Shield was pretty epic, but that was not the original plan. The original plan was for Ambrose to confront Mick Foley at an airport (which he did) and then engage in a war of words on Twitter with the Hardcore Legend, accusing him of inspiring a generation of young wrestlers to put their bodies through hell. Ambrose took things a little too far when he started talking about making Foley’s kids homeless, which ,along with Foley not being medically cleared to wrestle, got the feud scrapped.